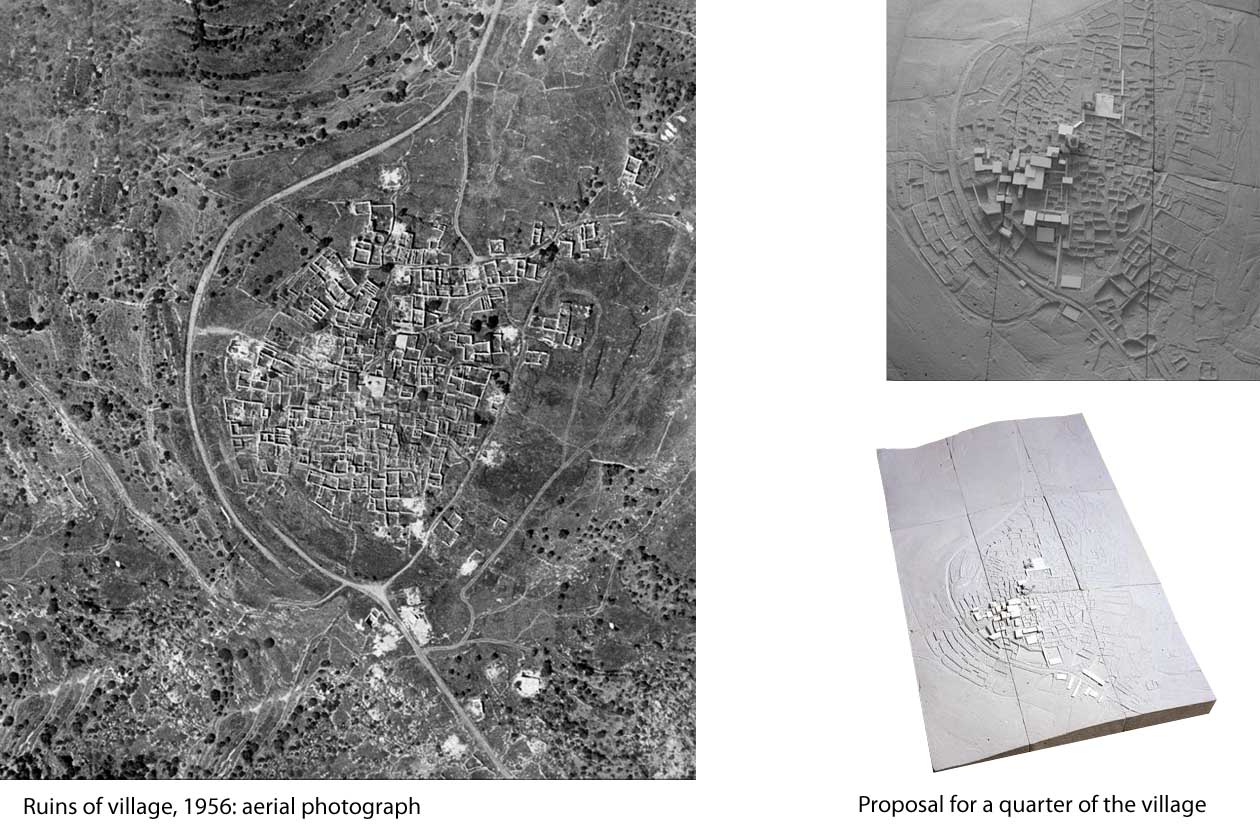 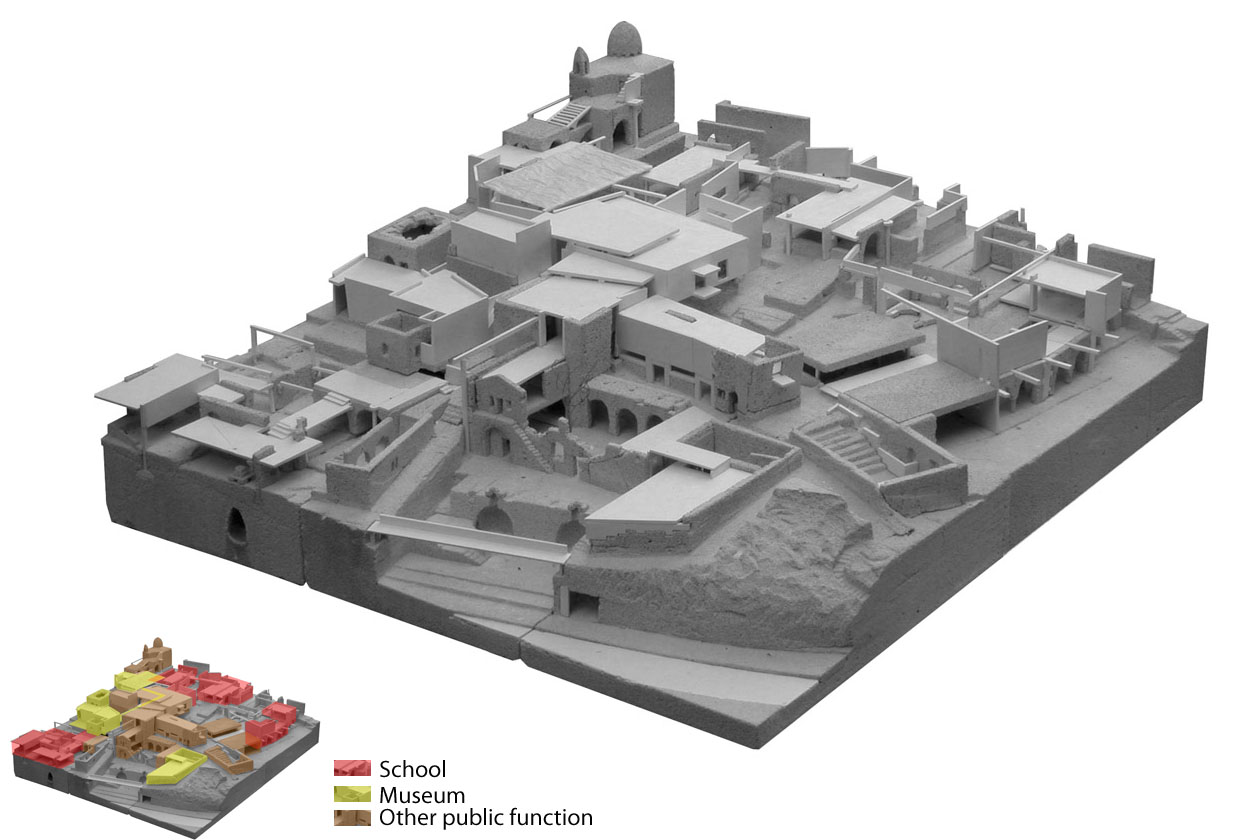 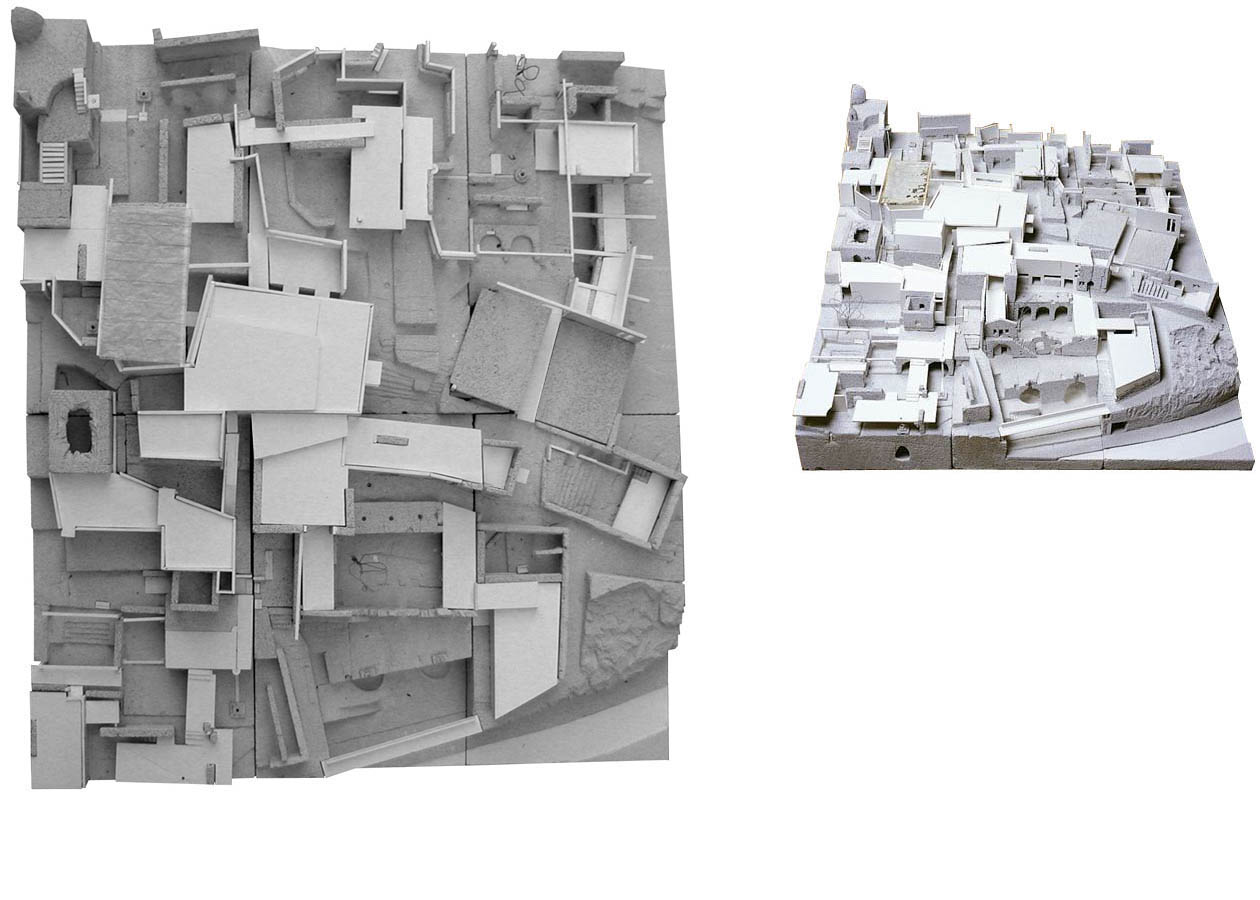 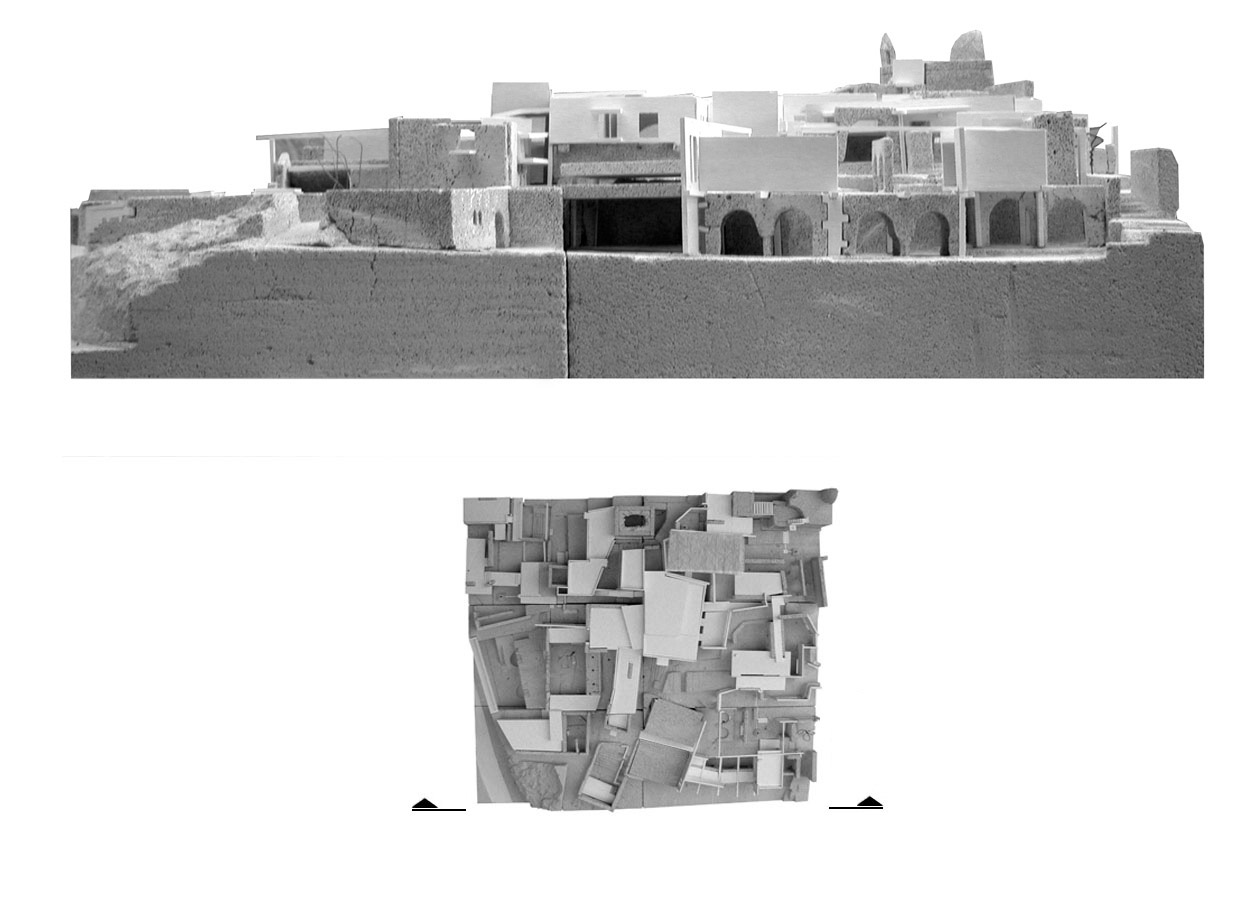 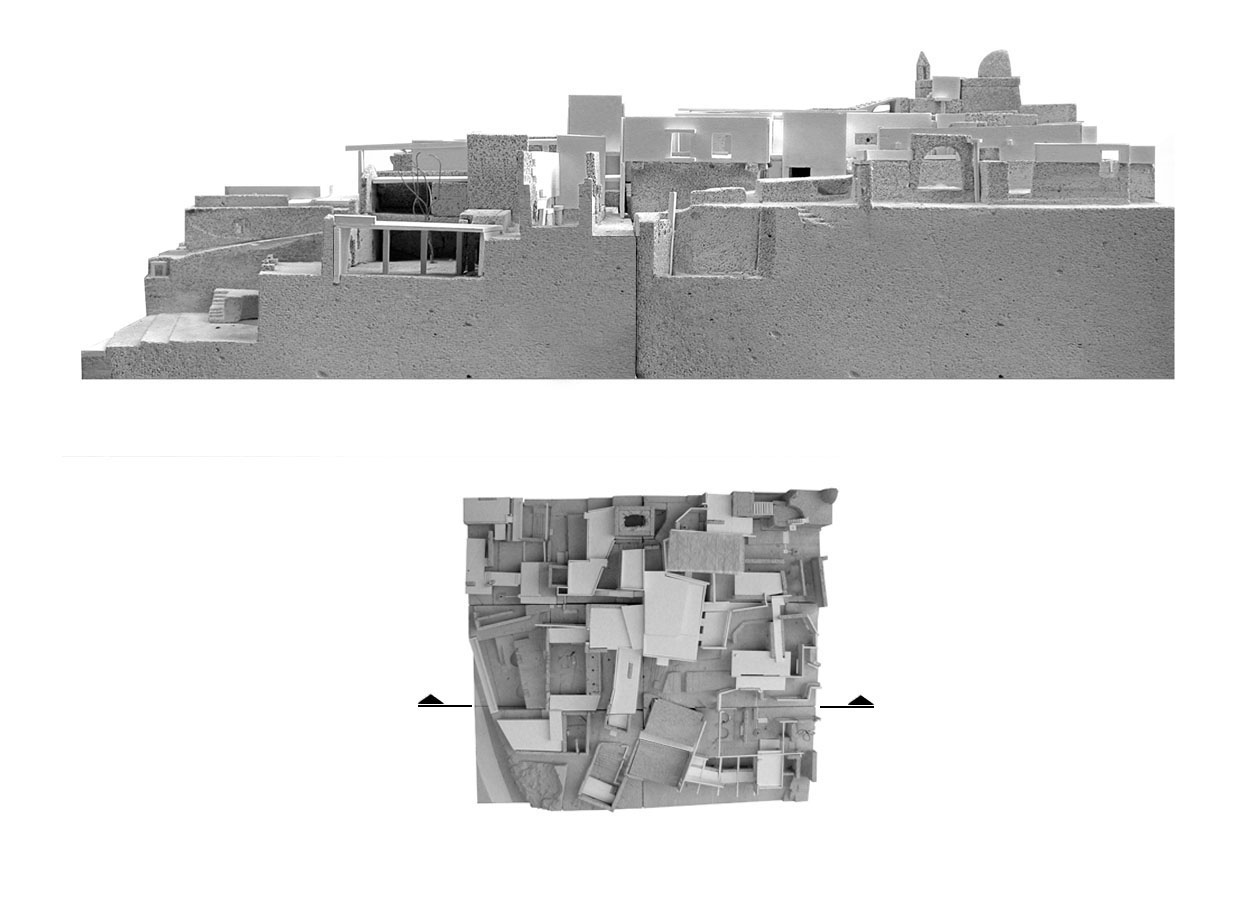 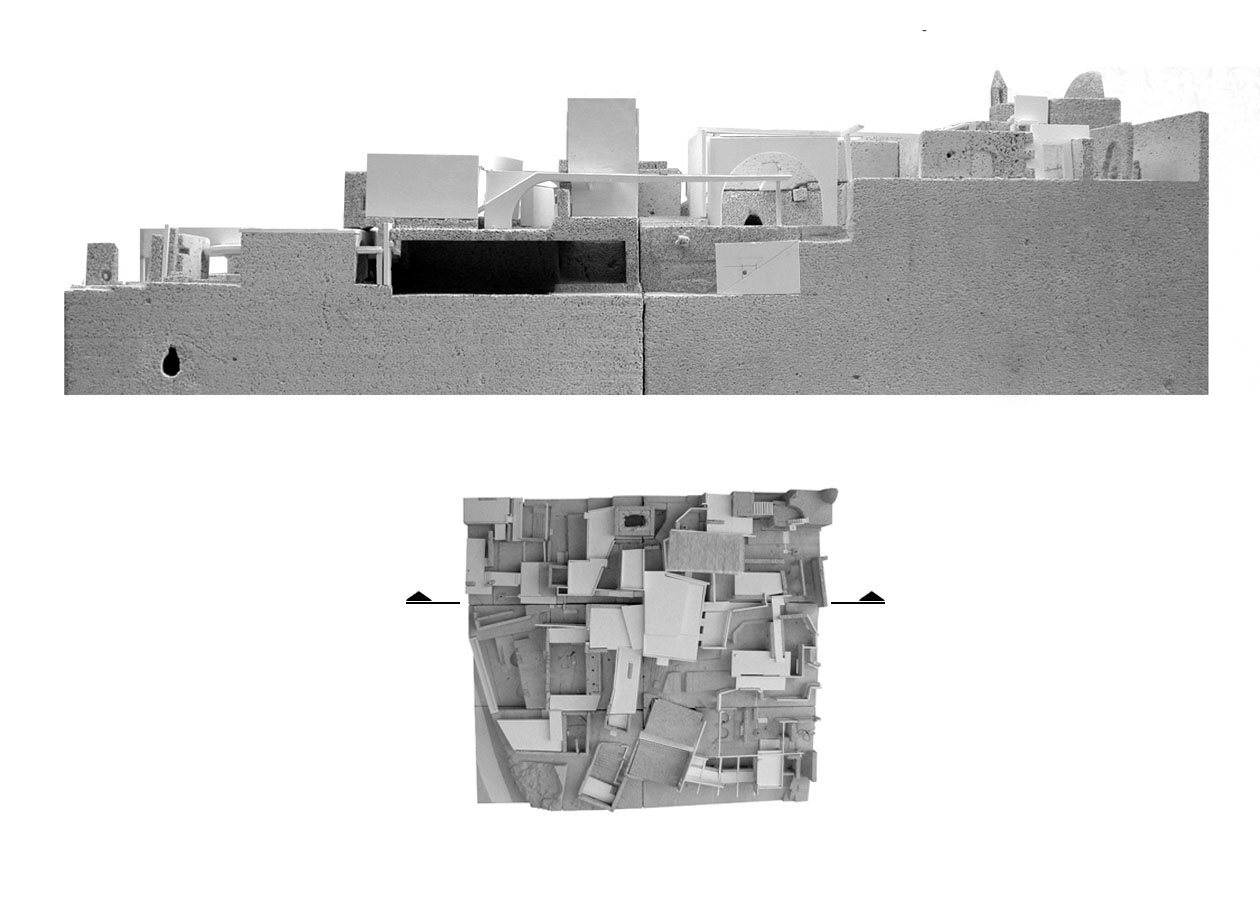 A proposal for Kufer Bir’im
Israel

I took part in the production and model development for this project which proposed the reconstruction of Bir’im, a Palestinian Christian village in Northern Israel, that was evacuated in 1948 and destroyed in 1953.

The project was led by fellow-architect and friend, Hanna Farah Kufer Bir’im, whose parents were among the evacuees; Hanna has added the name of the village to his surname. 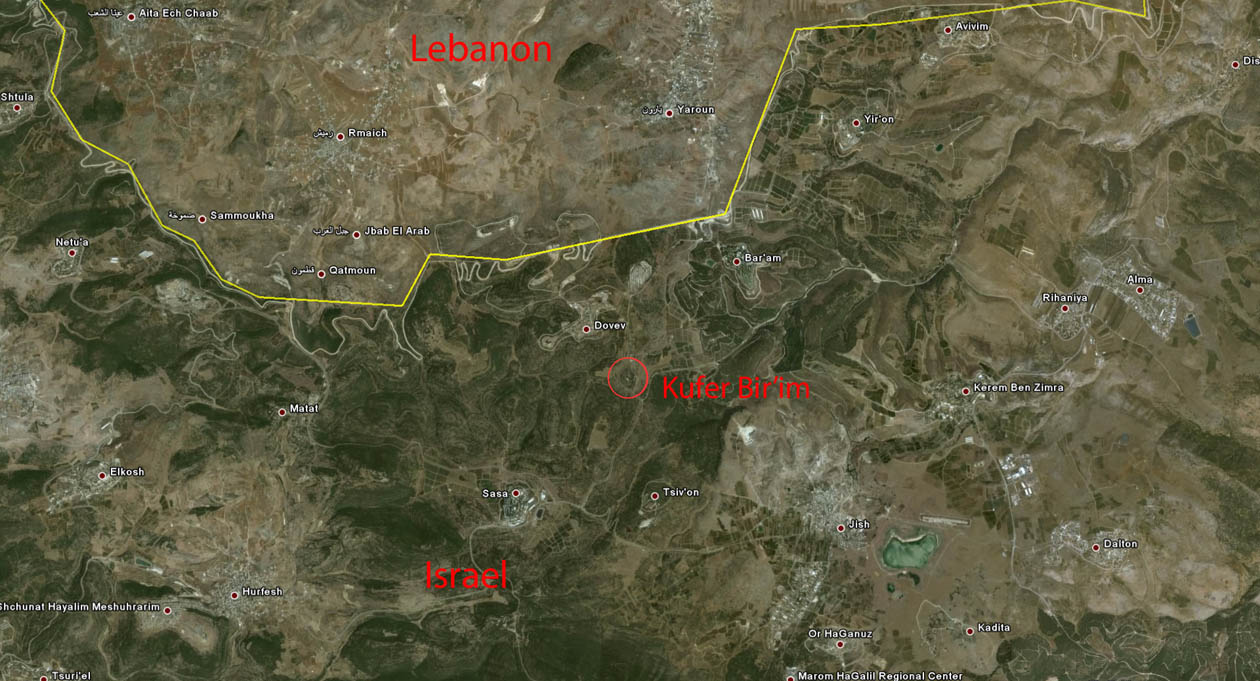 Aerial photos show how the private domains had been broken open and the village, once comprising many individual spaces, has become a continuous, maze-like environment.

The environment has been gradually reclaimed by vegetation growing on top, within and around the old buildings. The proposal aimed to employ the unique qualities of the site in its present condition.

The proposal started with the transformation of the ruins of the old village into a public centre that would benefit the local community and inhabitants of the whole region. It continued with the development of a new village, with a belt of housing, industry and agriculture surrounding the reconstructed old village. The paths of the old village were to be extended into the new neighbourhoods. 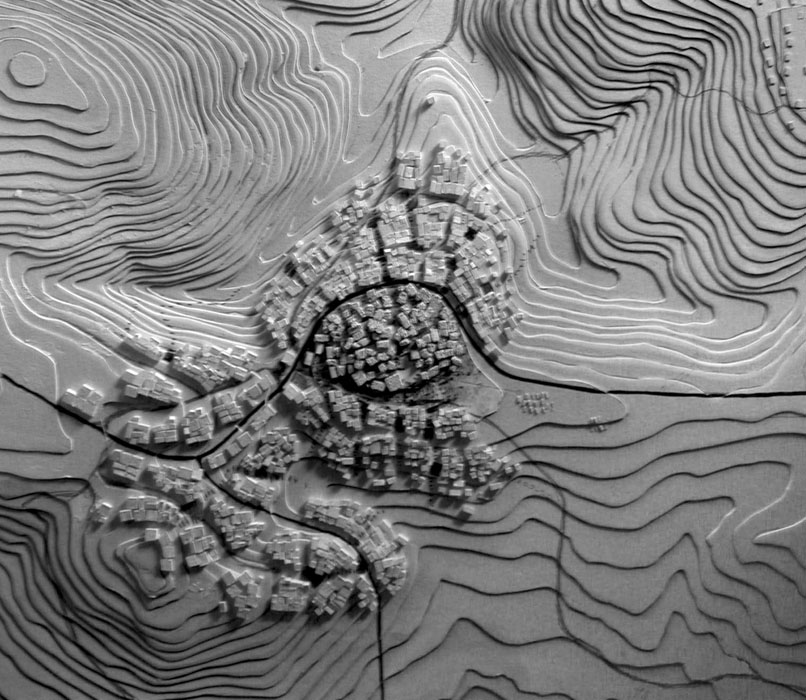 A general proposal for the new village

A detailed plan was made for a quarter of the old village. The proposed public buildings utilise the continuous, maze-like nature of the ruins, with ceilings and walls only added in select places. A visual distinction between the old and the new aims to conserve to some degree the memory of the old village, offering commemoration which is not monumental, but rather a part of daily life.